After the UK has decided to leave the EU, it’s on us, European citizens to start deep, meaningful conversations about the future of Europe. Actual conversations unfortunately weren’t a big enough part of the UK referendum, and we all see where a simplified yes / no question led to. In real life nothing is black or white: now it’s time for us, European citizens to start having all those grey area discussions and make sure that Europe starts working in a European way. Although I’m a regular European citizen and not a professional at all, let me explain what I mean. 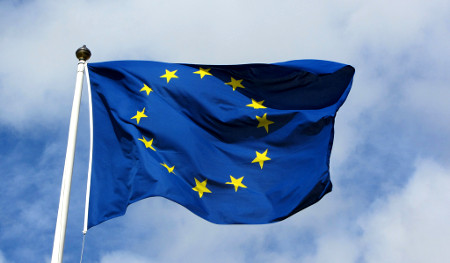 Most of us can probably stand for the European ideals: togetherness, democracy, free will. A couple of days ago the United Kingdom voted for leaving the European Union. So does it mean that the people that voted yesterday for leaving the EU are dumb, racist, or outright evil? A number of people have claimed so, and it’s indeed really easy to jump on it that way. “Those ignorant racist / old / whatever people have no idea.”

People that want a common, strong, democratic Europe simply cannot not fall into the trap of looking at the result just like that. There must have been a reason for all those people to be voting for leave, other than being dumb or racist. 52% of the people would not vote against something that made their lives measurably better. Simply put, if the EU worked well and brought apparent prosperity into the lives of the majority, I am sure the UK would still be part of it.

The idea of a common, democratic, liberal EU is something most of us would proudly stand next to, but somehow the actual execution of the above seems to be quite damaging. Look at what’s happening in Greece. And the same is going on elsewhere too: Ireland, Spain, Portugal and Cyprus all needed bailout loans not to go down the drain. Hungary and Poland have far right governments. Somehow, besides all our efforts and ideals towards a united and democratic Europe, it doesn’t look okay at all. But why?

Although I am not an economist in any way, I see three major flaws with how the EU is set up currently.

1
First, the members of the European Parliament are elected by the nations themselves, but they ultimately have no power to make laws. Proposing legislation is completely on the European Commission, while monetary strategy is on the Eurogroup – European Citizens have absolutely zero say on any of those.
2
Second, the Euro as a currency is seriously flawed. In its current setup, deficit countries predictably go down the drain. Those countries don’t have their own currency to devalue due to the trade deficit with surplus countries, therefore kicking in the local economy. In any country where a single currency is in place, the budget is put together to funnel extra financial help to the areas of the country that are the poorest – in the EU those areas (Greece, Portugal, Ireland, etc.) get loans. Loans they have to pay back till the last Eurocent, with interest on top. This pushes those countries further into hopelessness.
3
Third, the EU is giving import countries like Hungary financial compensation for opening their markets towards Europe. Unfortunately that financial compensation is very poorly tracked and ends up in the pockets of the new political elite of those countries. That new elite doesn’t have the business sense to help the country actually move forward, and is not motivated either, since the money flows anyway. Instead, they hang on buying castles from the EU money, knowing that the EU is turning a blind eye to it – the EU is happy with the free and open market after all.

Surely there are a million other things are up for debate; I am in no way a professional in economy. All I know is that those meaningful discussions should happen sooner rather than later if we want to live in a common, free, democratic Europe. They are not as easy as a yes / no, leave or remain question, but liberal democracy is never an easy thing to do.

The UK has decided to leave the EU as it is – it’s now on us, the people of Europe that stay, to start having actual conversations about the details and the future of Europe. I hope that if anything, the Brexit will teach us to not think binary (stay or leave), but instead, help the structure of the EU move closer towards the overarching ideas of it.

The biggest gaming convention of Hungary is upon us. Play some games with us and win tickets so you can be there too!
Read more...

Riot Games started off as a small, indie publisher and developer in 2006. They grabbed the free to play, games as a service model popular in the East and paired it with the AAA production quality of the West. This has been extremely successful: the company is breaking records everywhere while you can see a lot of others trying to emulate its recipe for success. If there is one particular area where Riot is way ahead of the competition though, it's the focus on its players. Most Rioters, while super professional, are extremely humble, approachable, and truly, 110% player focused. You can see this paying off time and time again, with League becoming the most played, watched and streamed PC game ever. I feel super fortunate to have been a part of this exceptional studio and group of people from 2012 to 2017.