First of all, welcome to my blog! This part of the website is going to be a bit more personal than the entries that make it to the homepage. These probably won't have too much professional or creative sides to them; I'm rather planning to write about travels, thoughts, stories and whatnot here. And is there a better way to kick this off than writing about my trip to Anfield, home of my favourite football team, Liverpool FC? Hint: nope. 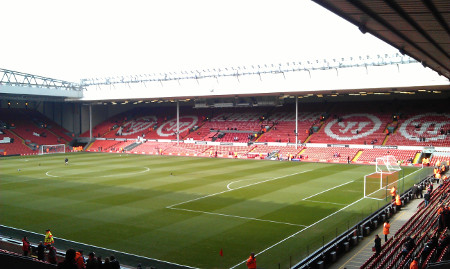 Apart from being a musician, I always wanted to be a footballer when I was young. I used to be kind of talented as a kid, but somehow I never got to a professional club, so I slowly deteriorated, and honestly, now I'm quite damn average. My love for the game never disappeared though. I still think that one of the best feelings out there is when you dribble past a couple of opponents, give the assist and your teammate scores – you end up with two extremely happy people celebrating together who made it, and made it together. You only get this in team sports, and for me, football is the ultimate team sport. My favourite team is Liverpool. I'm not sure when it all started, probably it was with Michael Owen in the '98 World Cup, but since then I've became a pretty huge fan of the reds. I can really resonate with the values the club stands for: positive, attractive attacking football with homegrown, young, and enthusiastic players.

Getting to Anfield for a game was definitely on my things to do before I die list, so I was thrilled when I got the opportunity to go there with the help of a friend. I got to spend a night in the city and then watch the game against West Ham in the 2012/2013 season. It was a pretty damn boring game which ended up 0-0, with the biggest feat being a terrible Downing getting subbed in the 25th minute, but the experience was still unforgettable. Let's not get ahead of myself though.

My flight from Dublin was pretty early, so I was already on the bus to the airport at 5:30. Surprisingly the whole crew of the plane was Hungarian, something you wouldn't expect on a flight that has nothing to do with Hungary, but it was nice to meet and have a chat with a couple of fellow countrymen and woman. The trip from Dublin to Liverpool takes only around 50 minutes, so I was conveniently at the John Lennon Airport around 8. With the superpowers of Google Maps I headed straight to the stadium of course, and it was very special to see it for the first time – I arrived on foot from Walton Breck Rd, so I saw the Paisley gate first. The stadium looks huge, but somehow still modest from the outside, something that perfectly represents the club itself. 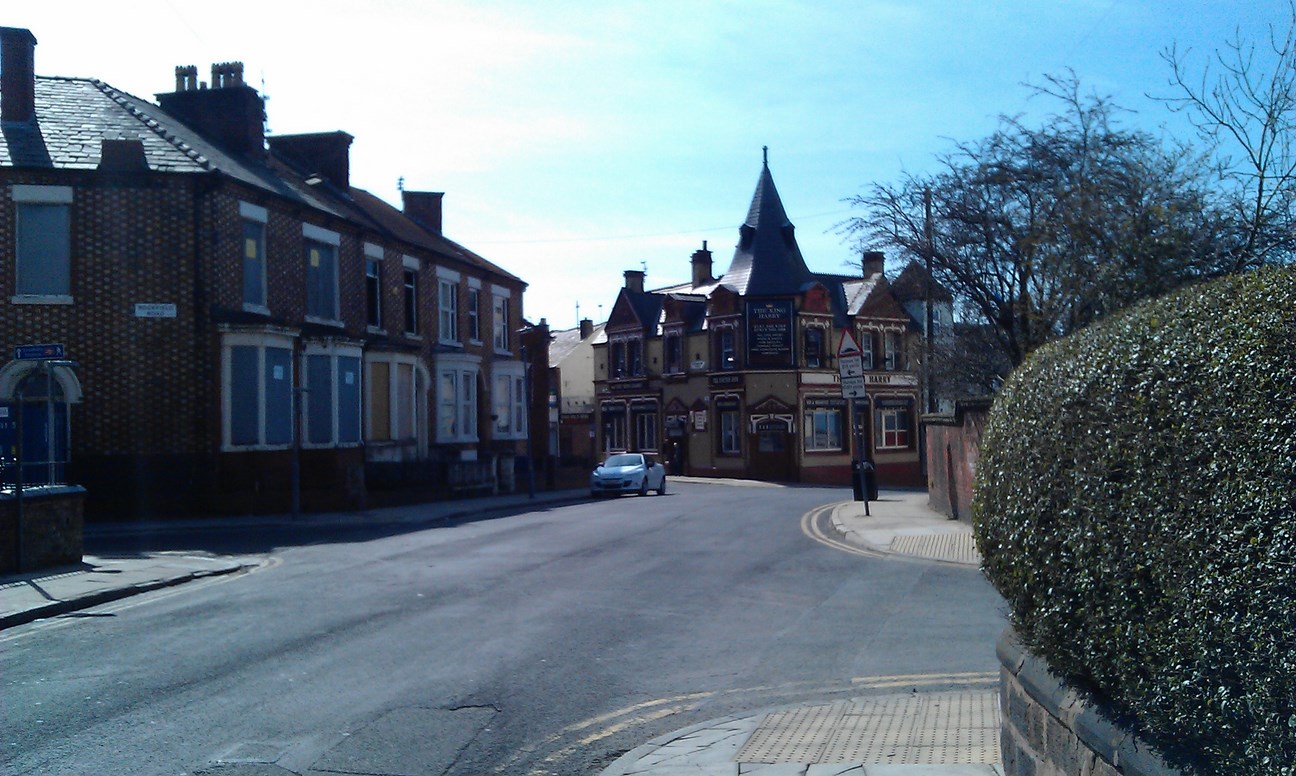 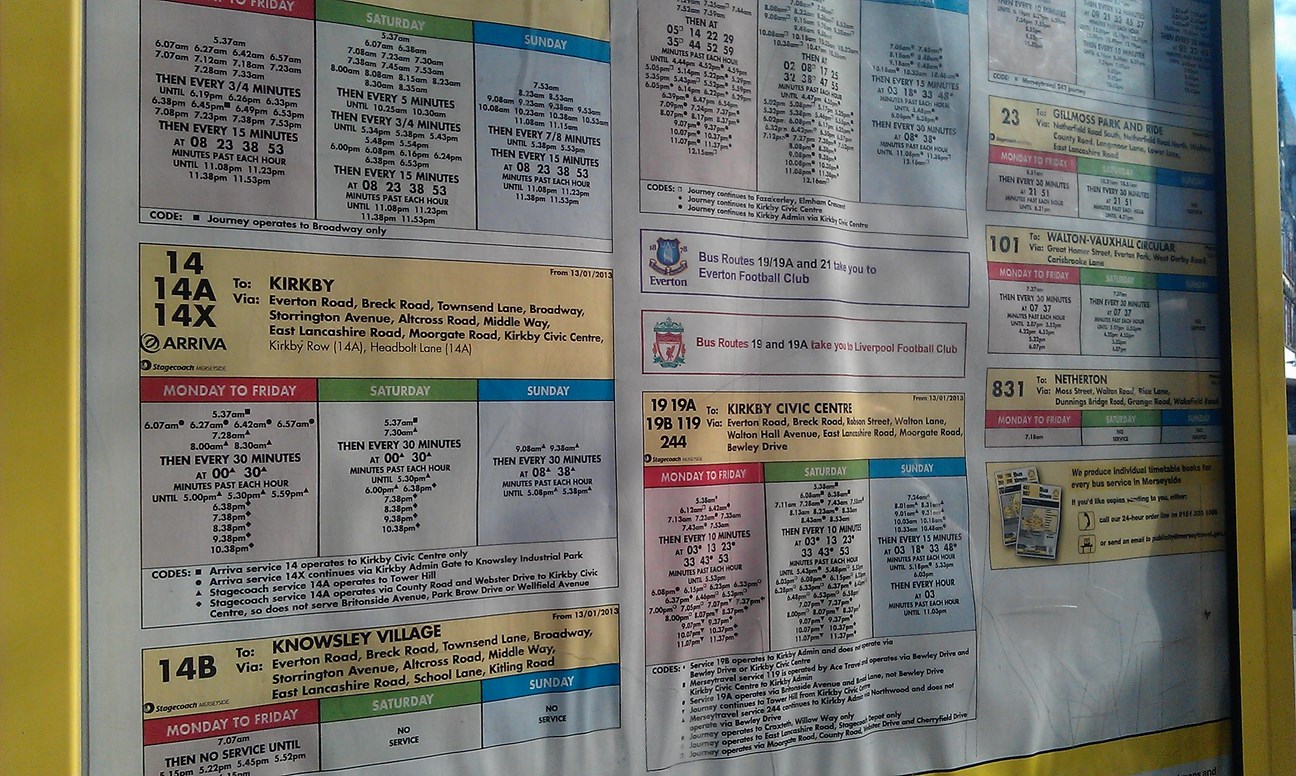 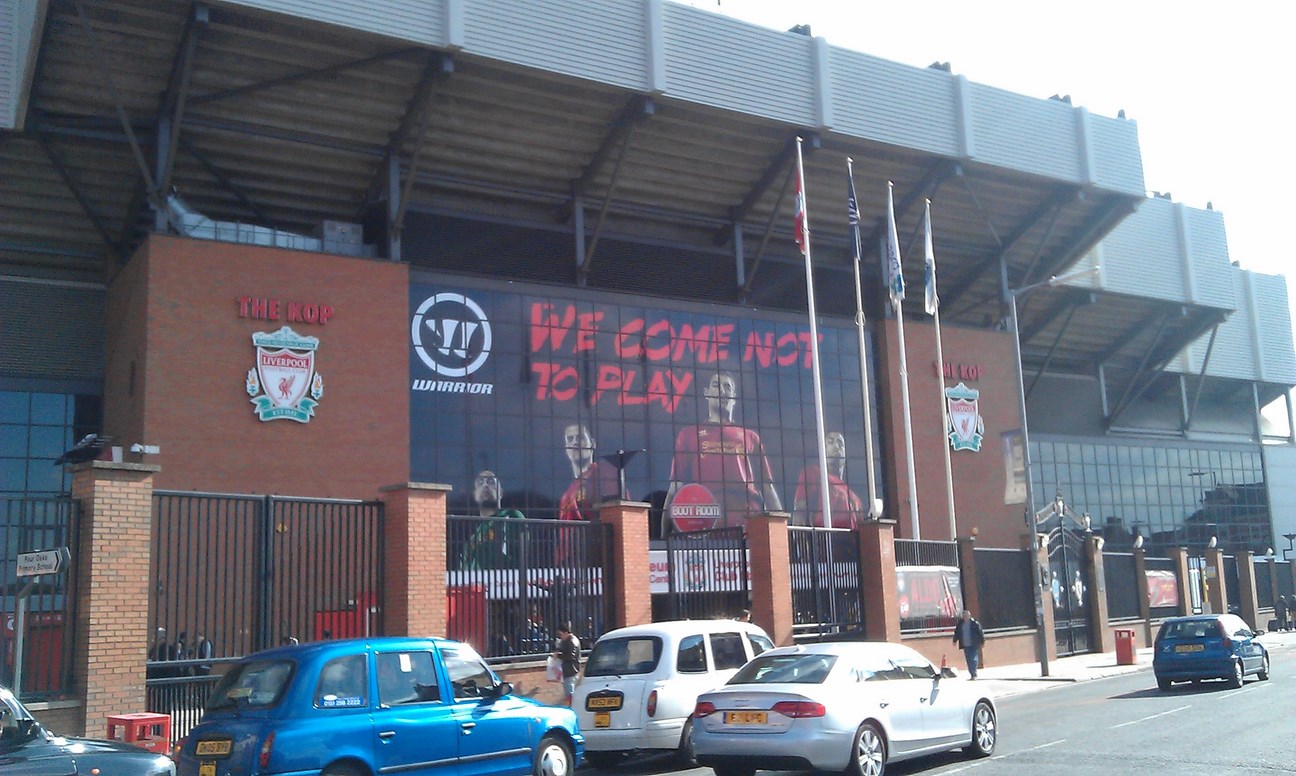 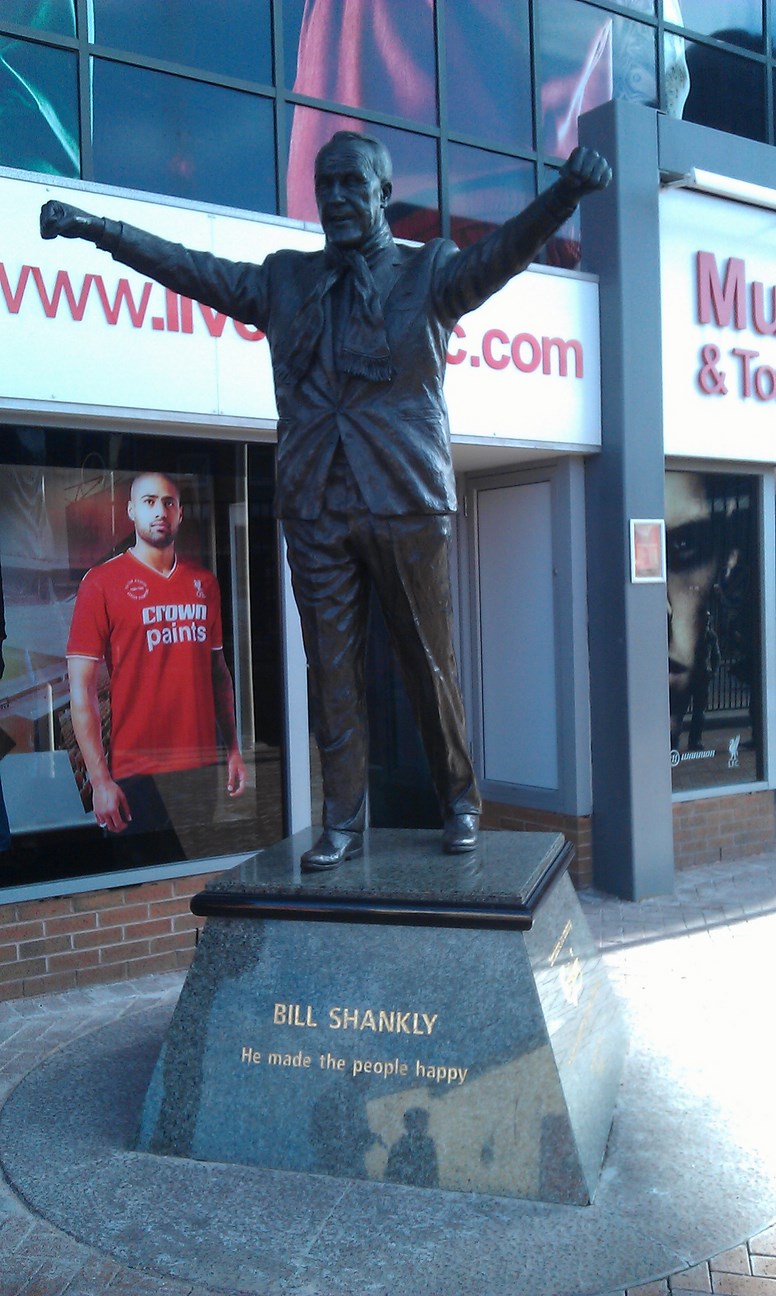 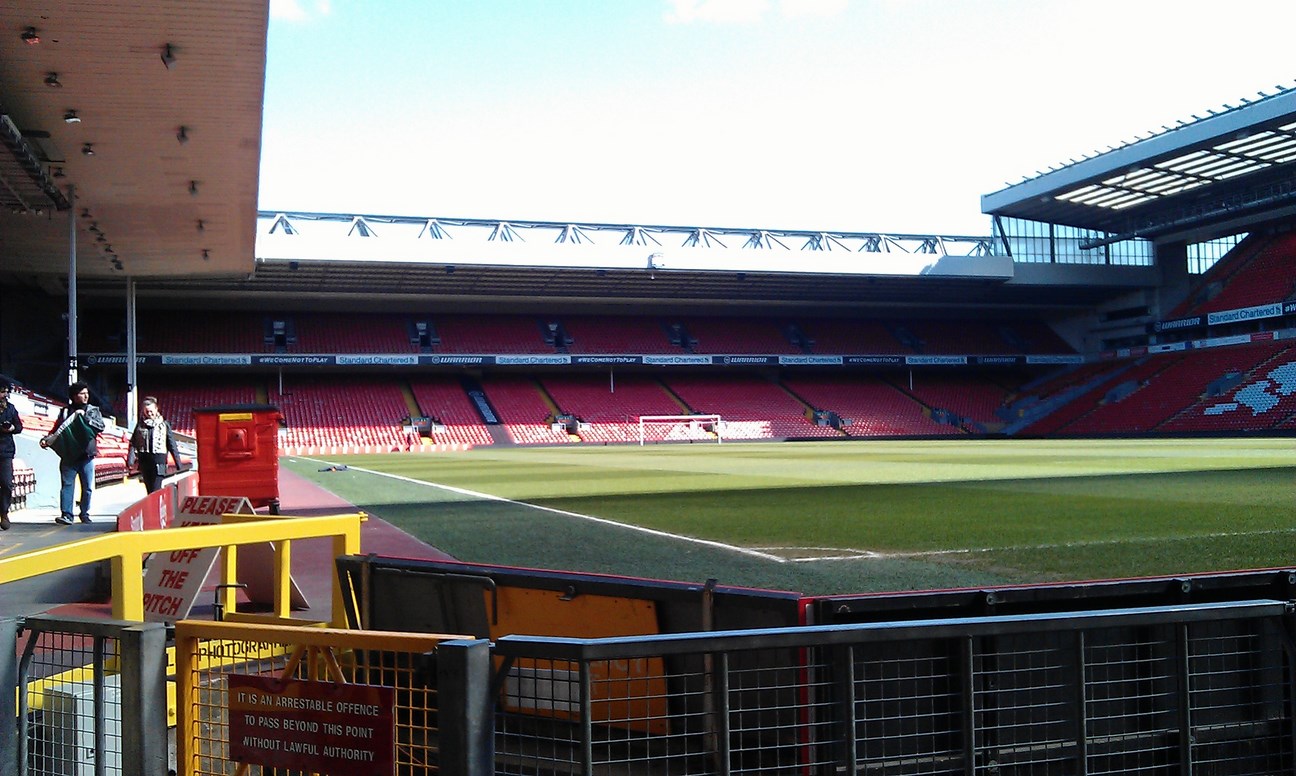 I slowly discovered the area, which is very very pretty, apart from the neighbouring block right next to the stadium, but I think that's being demolished now with the expansion. I even found a hilarious "Residents want Ayre out" sign, something which I can truly align with, but I found it amazing that people were so connected to the club to put it out. Then I headed to the shop, got myself a scarf, then took the stadium tour. That was truly awesome.

The guy, whose name I unfortunately don't remember (but if you know it, please share it in the comments, he is in the video below), did a great tour. As far as I remember he started working there before Houllier, so he had a great sense of history and first hand experience regarding the club. He talked passionately about Rafa, the Boot Room, the players, and he could tell a great story based on each and every inch of the stadium. On the other hand he was extremely cool and funny, so he totally made my day straight away. The tour starts at the Shankley statue, then it gets into the stadium on the side where the players get in on a matchday. We got to see a lot, including the interview room, which is, in fact, a small kitcken, the super modest dressing rooms, the post-match interview wall, and finally, we got down through the tunnel and onto the pitch. When going through the tunnel, the staff even put some cheering noises on, which makes the whole thing absolutely fantastic, and gives a bit of context about how it might feel to be playing there on a matchday. We couldn't step on the pitch of course (even the players are restricted from doing so when warming up, it's crazy), but we got to sit on the bench and got a walk on the sides.

After the stadium tour I headed to the museum, where all the the history striked again. Anfield was originally home to Everton FC from its opening in 1884 until 1892, when Liverpool FC was established. You can learn a lot about the past greats from then on, all the way up to the club winning the CL in 2005, can see the trophy that Liverpool permanently won with their 5th European title, and can have your photo taken with a replica CL trophy. After spending around 5 hours at Anfield, I was completely blown away. Prior to going there, I had my own image of Liverpool and the club in my mind, a positive, welcoming, and modest giant, and both the stadium itself and everyone I talked to completely lived up to, and exceeded my expectations.

After I have experienced everything I could at the club, I headed to Goodison park, home of Everton FC, the city rival. Being Hungarian it was overwhelming to see such huge stadiums being built so close to each other – currently the biggest club football stadium in Hungary holds 23,700 people, while Anfield and Goodison has a capacity of 45,362 and 40,569 respectively, while being less than 0,7 miles from each other. Crazy. I walked through Goodison Park and took a couple of pictures of the blues' stadium for my brother, who is an Everton fan himself (imagine!), then headed back to the city.

In the city I had a couple of pints in The Cavern, the venue where the Beatles kicked off. First of all it's built a couple of floors under the ground, but what's more interesting is that it's actually two places, sitting across the street from each other. Since I wanted to make sure I'm at the right one, I simply had to grab a couple of beers at both places of course.

In the evening I walked around the city, which is beautiful, and somehow reminded me of Budapest with its huge ornamental buildings. My accommodation was in the outskirts of Liverpool though, probably closer to Wales than to Anflield, in the Wirrals. The Wirrals is a place where one of my colleagues at Riot is from, and it was very nice to walk on the very streets she actually grew up on. During the day I easily found my way using Google Maps, but by the evening my phone died in the middle of the city, so getting there ended up being a bit tricky. Luckily there was a very small map on the reservation I had to print on the hotel, and on there was a train station of the very edge of the minimap, so I only had to find the right train to get there. Don't forget, it's okay to not prepare your directions at all these days with Google Maps around, but then, do make sure your phone or tablet has enough power left! Well, it was the first time out of two when I didn't, but hopefully by now I've learned my lesson. 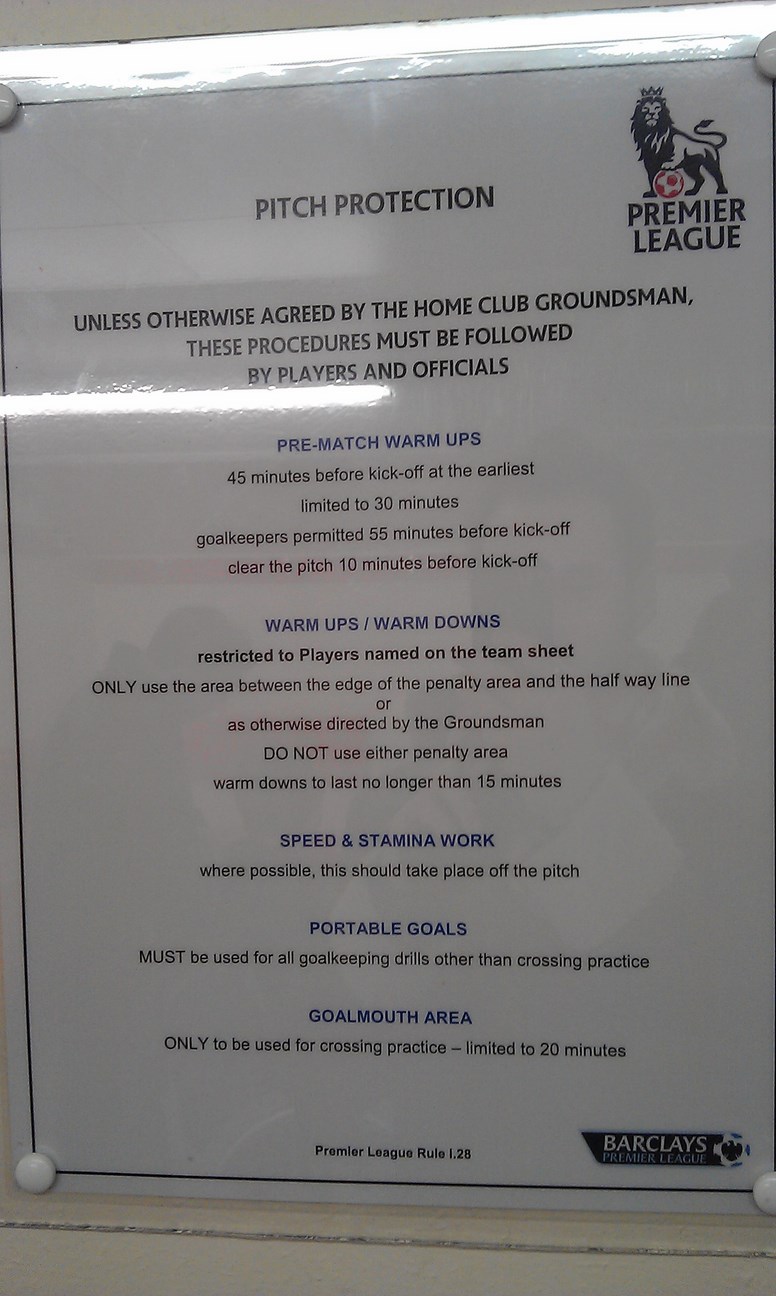 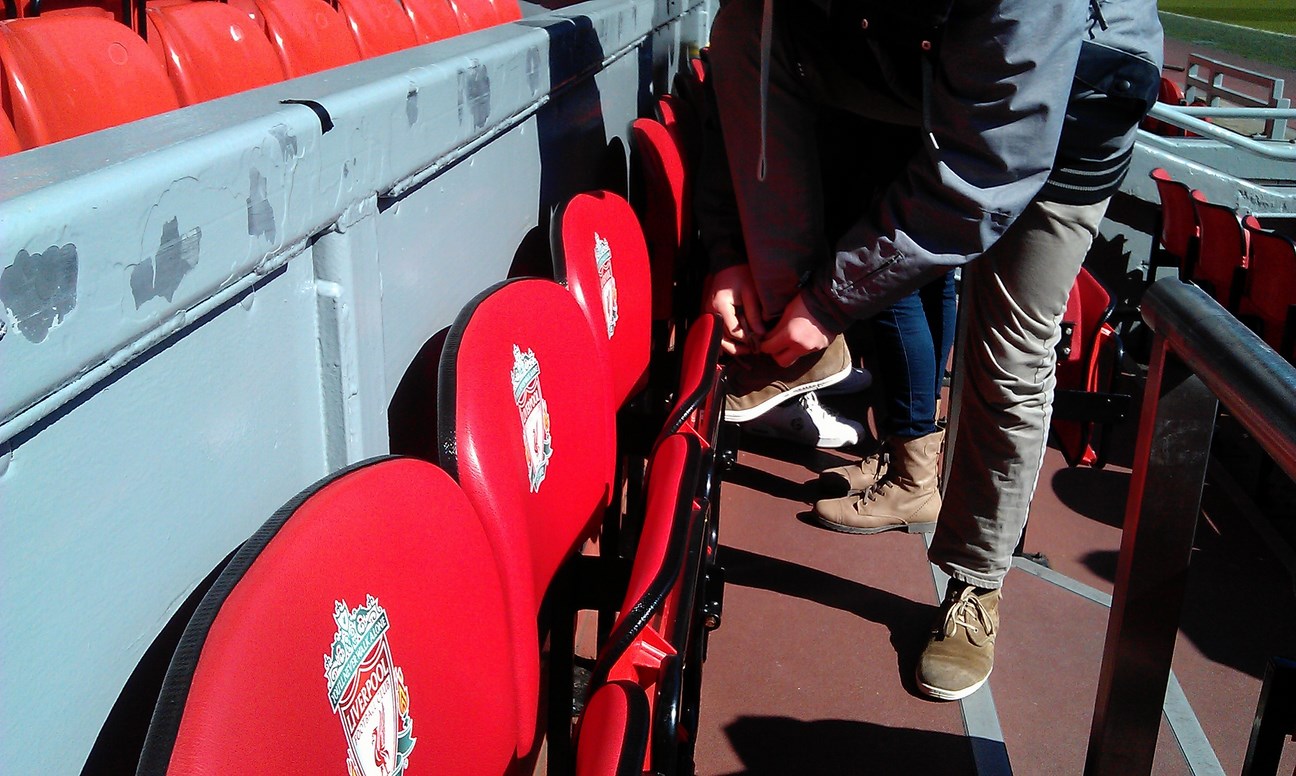 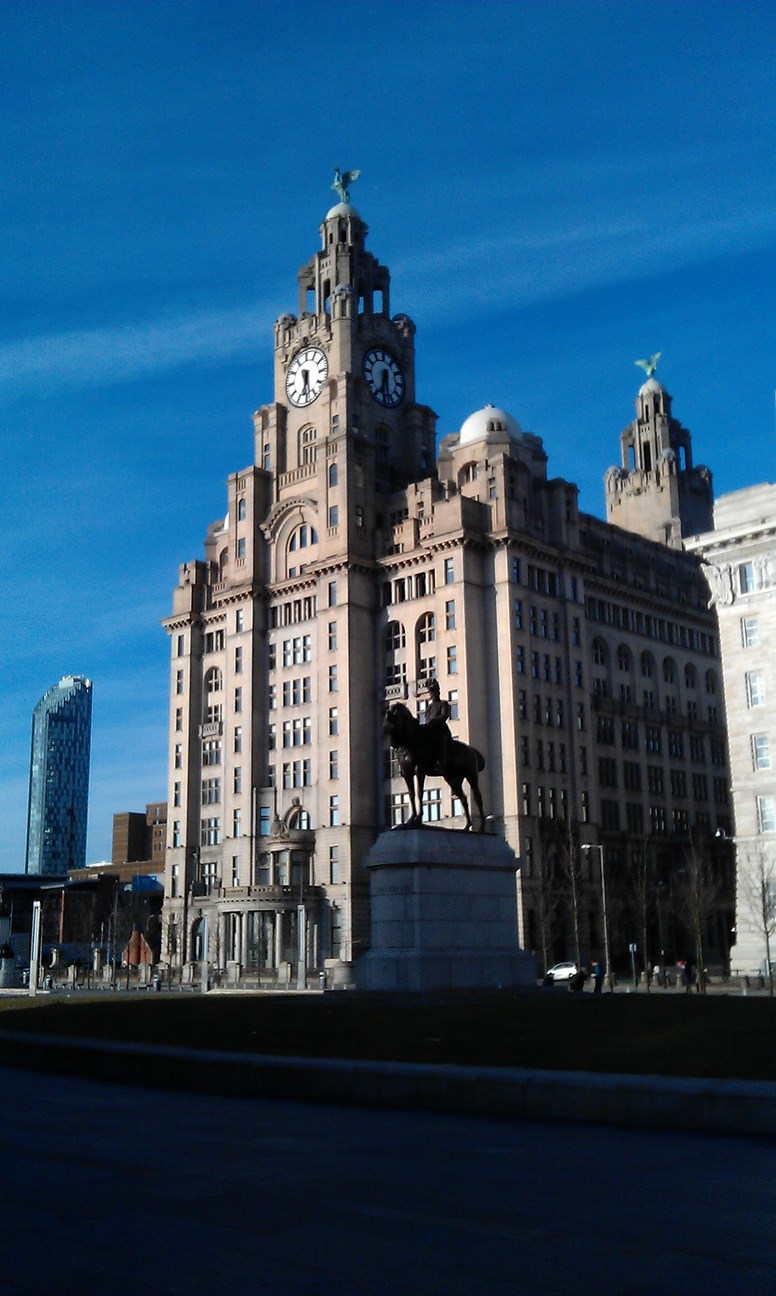 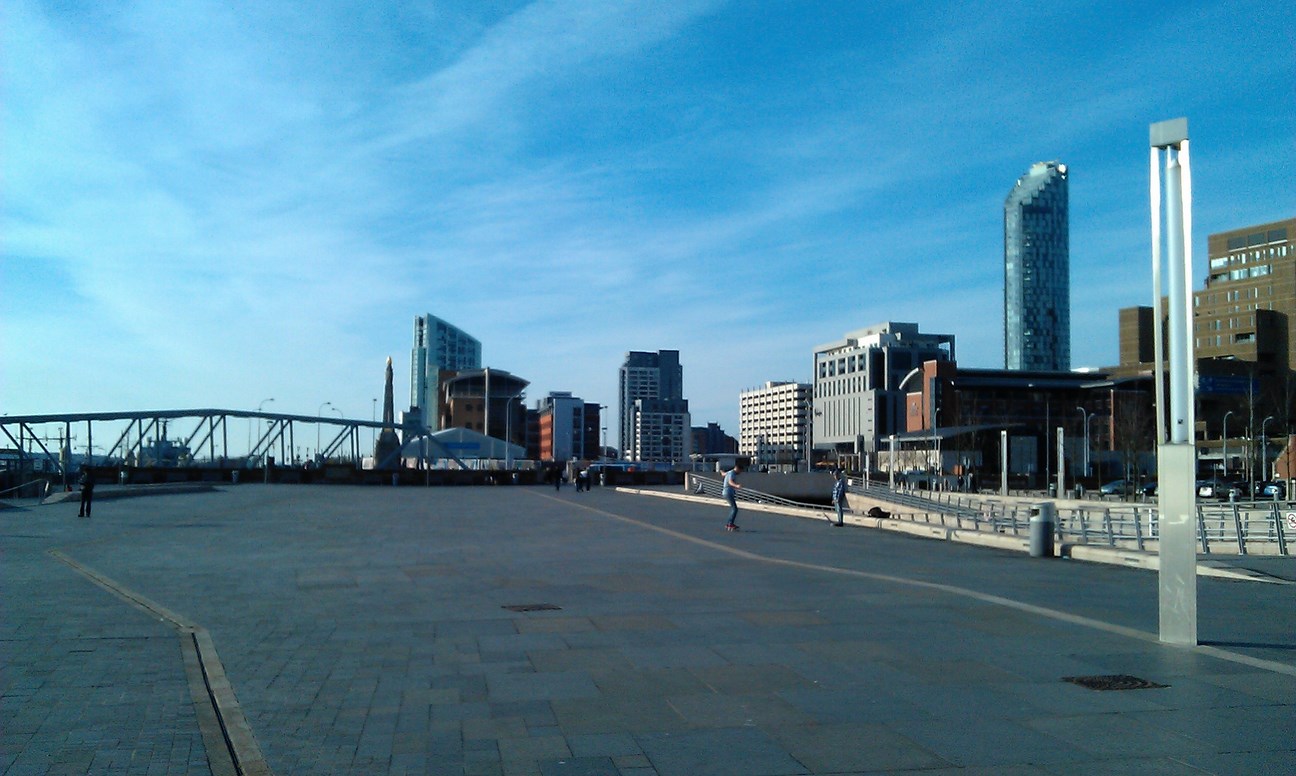 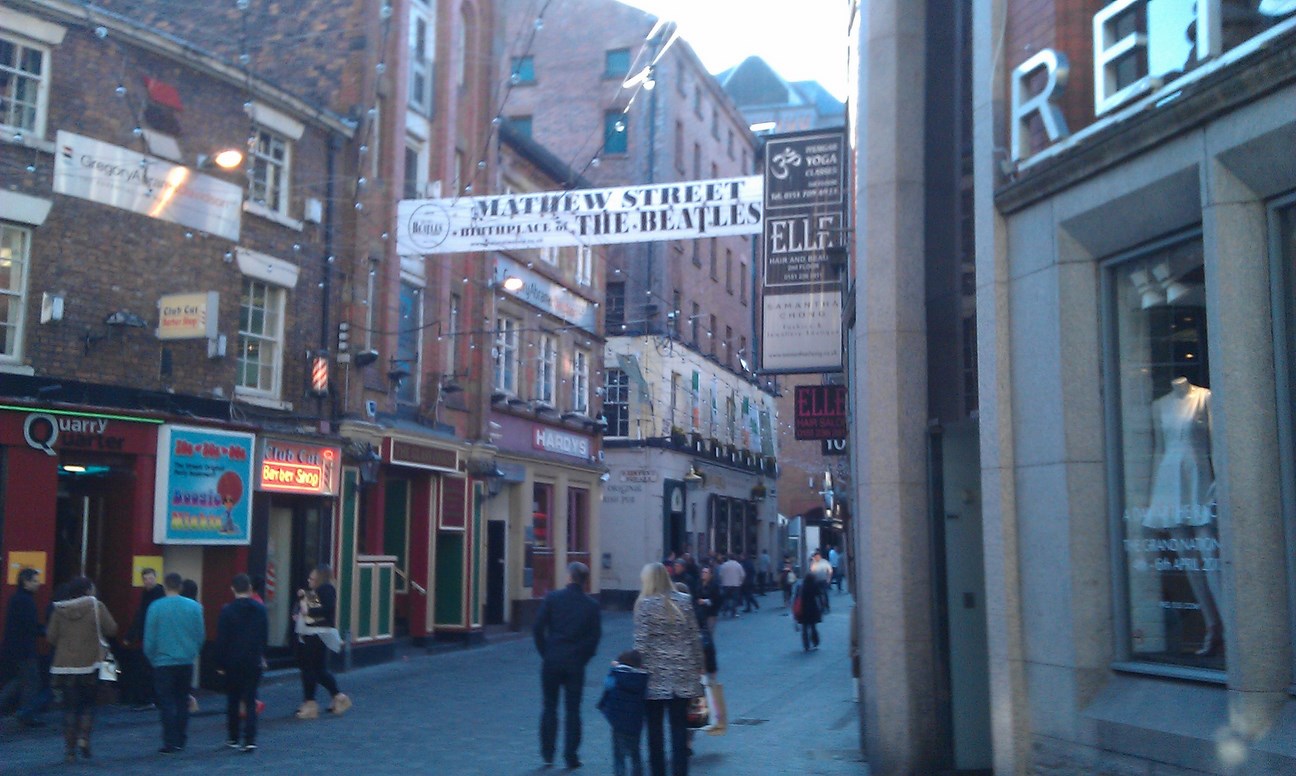 The next day, before kickoff I met two guys from Hungary who we synced up with on the biggest Hungarian Livepool FC fan site. As far as I remember it was their first time at Anfield too, but they stayed the night in Manchester for some reason. And, what are the odds, they were Dota 2 fans! Back then League hadn't launched in Hungary yet, so we had a couple of interesting conversations around all those games. Since we were sitting literally at the opposite ends of the stadium, we parted ways for the match. I grabbed some food and headed in early to see the players warming up and the stadium filling up slowly. The game, as I said earlier, ended up being a pretty boring 0-0 match, but it was still one of the best 90 minutes of my life. I got to see Gerrard, Carragher, Suarez and Agger live, and was singing the songs with the Kop I quickly learned on the plane. Unfortunately the fans around me weren't really up for singing, but I didn't really care; the club anthem, You'll Never Walk Alone was amazing to experience and sing along with 45,000 peers.

After the game I was lurking around the stadium, and got to say hi to Reina and Johnson on their way out to their cars in the park. After everything was done and everyone left, I headed back to the city for a final pint with the two guys, then they left for the train and I left for the plane back to Dublin. Fun fact, I even got a text from one of my ex-teachers at university asking whether it was possible that she saw me on the streets of Liverpool. Such a small world!

I came back to Dublin with the happy memories of a terrible match and a great great trip. It was unbelievable to experience the football club I have been supporting for many years from up close, and realize that it's indeed the right team to support. If you're a Liverpool (or a football fan for that matter), make sure you spend a visit to Anfield if you can – it's definitely one of those places where spirit comes first and money comes only second. You'll never walk alone!