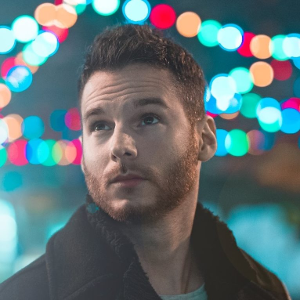 Hi, I'm George Roth, an entrepreneur, publishing expert and musician.
Welcome to my site!I have 10+ years experience with some of the leading gaming and music brands in the world. I've been fortunate enough to work on a number of pretty great projects, and I'm publishing my experiences on this site. Buckle up and join me on the adventure!

I was born in a small Hungarian town called Sopron, and currently I'm living in Dublin, Ireland. I have attended university in Budapest, and worked in numerous countries and cities around the world from Prague to Dubai.

So far I've mostly worked in IT and the music business – and that's the case at the moment too with working with Esport Universum, starting my own music company East Reverse Productions and singing in the rock band Just Another. The biggest feat of my life so far has been leading the Eastern European expansion of Riot Games for League of Legends, the most-played PC game in the world. I have been doing quite a lot of different stuff in my life though, and if you are interested, you can read about extended version of my story a bit later.

These are the values I find important and try to live up to every day both in my personal and professional life.

My goal in life is to create cool stuff for people to enjoy. Nothing is better than coming up with ideas for projects and create awesome, positive things with a couple of guys or teams, while overseeing the creative vision and execution of them as well. The idea is making sure that the finished product has a specific creative direction, but more importantly, is something that's truly awesome. This is true not only when doing music or code, but any professional work as well.

The devil is totally in the details. If you want to fully understand the big picture, you have to be technically super cautious and making sure all the fine parts are well polished and tick, even if it sometimes requires a ton of grinding and extra work. This is why I'm trying to learn, wear as many hats and experience as many things as possible.

The point of all this for me is making a change for people. No matter what you do, it's always the people that make any project unforgettable and worth working on – at the end of the day we do them for people, with people.That is why being cool, nice and honest with each other is extremely important, even if it requires a great deal of effort sometimes.

I was born in February 1989 in a small Hungarian city called Sopron, and moved to Budapest with my family 5 years later. With my brother we spent a frightening amount of time playing great games on the good old Amiga 500: The Settlers, Sensible Soccer, The Lost Vikings, North & South, and who knows what else. Besides, I was attending to various music schools where I learnt to play the concert flute and the majority of music theory I know today. I was also regularly attending drama classes and participated in poetry recitation contests, so when the biggest music theatre of Hungary reopened its doors in 2000, I knew I had to be there. At least my mum did, for sure. Luckily they were looking for enthusiastic child actors, and I got chosen: hence started an amazing experience of performing night in, night out in front of thousands of people which made all of us children learn a lot about life and grow up very quickly.

As a teenage musician I realized than there is more (or less?) to music than the classical beauties I was taught. During the high school years I learned to play the guitar, launched my first band, and found myself in a Limp Bizkit tribute band playing at pretty big venues. I wanted to show our own songs to the world, or the school at least, so I started looking at ways to build a website. Anyone remembers those good old frames? :) After some practice I ended up building a fan site of my then favourite band, Papa Roach, which, looking back was an enormous project to learn a lot from: the site had more than a thousand active users connecting to each other, maintaining their profiles and uploading pictures at the early dawn of web 2.0. I thought to myself: surely I could do this for a living?

Talking about making a living, I got the job of the cash desk guy in a huge concert organizing company which ran amateur band contests around the world, called Emergenza. We travelled around Europe meeting tons of bands and venues, organizing the best rocking underground shows mankind has ever seen. I loved the whole package: it came with an awful lot of experience in an extremely fast-paced environment, stage management, vendor-handling, and the know-how of running a company. Being 19 I remember getting off of the bus at 7am in Prague alone, with the thought "how the hell am I going to make it all happen here". And although I failed badly in the beginning of course, we ended up having an awesome season – and I ended up being the Central European Assistant Manager of the company, being responsible mainly for the live shows as well as the translation and QA of our webzine.

I got to university to study English and Media, but around that time I did something I'm much more proud of ever since: Just Another was created with the best guys I got to know in my journeys before. We worked hard and got better and better just to finally end up at the Sziget Festival, playing with Il Nino and releasing our album and music video. In the meantime to make good use of my English skills and do something I love and value, I volunteered to translate the biggest web based football manager game out there, Managerzone – a game I have been playing for a long time then. Retranslating the whole game and getting in touch with the developers in Sweden made me realize how important it is to fully focus on our biggest value: the players. This made me start working on all sorts of community initiatives besides translating, which in turn had a very nice effect in the long run: we ended up with more Hungarian players than US or German ones.

I spent a couple of months in Dubai as a drummer in the beginning of 2011 – after the job was done, I came back to Hungary knowing it was time to put everything I learnt into good use and start my own business. I started with smaller jobs building the brand and creating websites for smaller companies – and through word of mouth I ended up leading a huge European Union web project for the local government. Interestingly and luckily enough, due to the high number of clients, I never had the time to build my own website or the portfolio of my company – but I didn't need to, since the effect of word of mouth was so strong. In fact, this is the third incarnation of a website I have been building since 2005. I hope that this one makes it live this time!

In the meantime, looking for a video game to play on Boxing Day eve, I found a pretty nice indie one, which was a spinoff of DotA Allstars, my favourite Warcraft III mod...

And then it was on. Although I didn't have much free time besides attending university, playing with Just Another and working on my company, we spent all the time we could playing League of Legends with my brother. The idea, the fun factor, the business model, its indieness... everything in it was awesome. Every now and then I found myself checking the website of the developer, Riot Games, to see whether they were looking for someone to bring the game to Hungary. I thought to myself, if there ever was someone, it had to be me. And one evening, which I was extremely looking forward to since we finally were planning to play the whole night through after a couple of weeks of constant work and studying, I found the position I was waiting for online. Goodbye free evening, hello resumé writing till 4am!

There are a number of fields which I find fascinating and I work or used to work in; this means that I write about a number of different topics on the site. This could seem odd or lacking focus sometimes, but the goal of the site simply is to show you what I'm doing. To start with, the following categories live here:

Hopefully all these circles mean I won't suffer in shortage of topics to write about... and well, if I do, I can still write about Liverpool FC, Batman, or sci-fis. Have a good time browsing the site and drop me a line if you want to chat, have any questions about guitar strings or just want to give this man a cookie!

Congratulations for making it through all this! If you feel you still haven't had enough, the website itself starts here.